Pareto Efficiency
Named after the Italian economist Vilfredo Pareto, a result is considered to be ‘Pareto efficient’ if at least one person is made better off and no person suffers a detriment. Greatest efficiency is achieved when no further improvements can be made without adversely affecting another.

Kaldor-Hicks Efficiency
Much like the additional step the Normative Law and Economics takes ahead of Positive Law and Economics, Kaldor-Hicks Efficiency takes that step from Pareto Efficiency. Named after British economists Nicholas Kaldor and John Hicks, the concept understands that it is very (if not impossible) for policies to benefit everyone without adversely affecting others. The Kaldor-Hicks Efficiency requires only that those who benefit from the action can compensate those who suffered detriment.
The result is that the Economic Analysis of Law measures the cost of transactions of law. It is a concept of cost-and-benefit. For example in Australia various states passed Civil Liability Acts (and other legislation) as a response to insurance issues arising from incidences such as car accidents and the insurance claims arising from them which could then potentially affect all road users. Ultimately the Economic Analysis of Law looks at the result of government action. 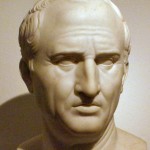